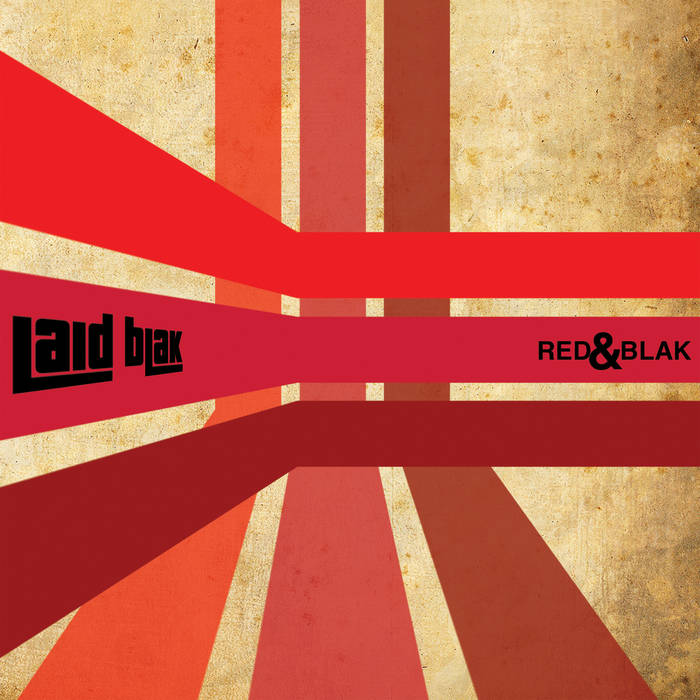 Originally released in 2012...………..
Expectations are running high for this one. Bristol's most celebrated live band, Laid Blak, are teaming up with one of the city's hottest labels, Sugar Shack Records, to rerelease Red & Blak, a 13 song collection of peerless grooves and righteous emotion.

Already legends in their hometown of Bristol, UK, word about Laid Blak's gigging prowess has been spreading far and wide, gaining them a coveted Rototom award for best Northern European Reggae band, as well as netting them shows alongside such big guns as Aswad, The Wailers, Nitin Sawhney, Julian Marley and Ed Sheeran (who covered a portion of their song “Red” on his smash hit “You Need Me, I Don’t Need You”). As a Daily Music Guide review remarked, "It would be unthinkable to see them play and not be left with a smile on your face".

Given all this, the band would be forgiven for making a record that merely tries to recreate their live sound. But Laid Blak don't do things by halves and Red & Blak is something much more special - an impeccably produced, beautifully sequenced trip that feels like the perfect gig, yet rewards repeated listening.

First time round will likely be spent wondering what the band will throw at you next. They're lifelong reggae addicts who delight in mastering every variation on the genre - witness the dubby drum delays on “Bristol Love”, the tight ska-tinged guitars on “Get Down Low”, and even a cheeky nod to dubstup on “Fire”. Yet as members of Bristol's famously cosmopolitan music scene, they also have plenty of other flavours up their sleeve - be that bhangra, rock or even flamenco - all of which they incorporate into their sound without it ever feeling incoherent. For an idea to work in Laid Blak's world it simply has to do one thing - inspire.

This is as true for the lyrics as for the music, and Red & Blak covers a huge range of topics, including the healing power of reggae, the dangers of street violence, differing attitudes on drug use, and the joys of parenthood. Fans of the live show already attracted to the band's mix of spirituality, honesty, political engagement and humour won't be disappointed, while newbies wishing to know what life is like seen through Laid Blak's eyes need only check out a track like "My Way"
- "We're doing it my way, might not always be the right way, might not even be your way, but I love it when we're doing it my way".

Well. Laid Blak are certainly unique, but spend some time in the company of this album, with its gorgeous soulful harmonies, unexpected stylish licks, super tight vocal rolls, and warm, detailed production, and one thing's for sure - their way will be your way.