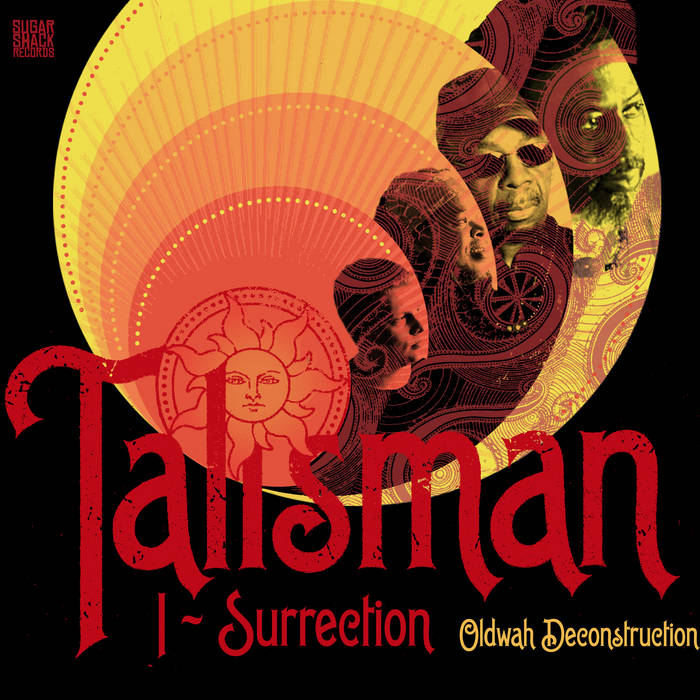 When Talisman finished recording their latest album “I-Surrection”, as an addition to the David Hill produced finished release, we decided to give the unmixed master recordings to Dave 'Oldwah' Sandford and see what his take would be. Oldwah has previously worked with us, mixing the Vibes album “Reminisce” and was also the man given the job of mixing the unfinished tracks on the soon to be released Capital Letters archive album “Reality”. With 40 years experience as a performing musician and an even longer standing love of reggae, he brings his own unique perspective to the task.
Having talked to the band and hitting it off with fellow bassie Dennison Joseph, Oldwah was keen to produce something that bore his stamp but also pleased the band members. He describes his take on the music as “a piece of vinyl from 1978 taken out of a dusty sleeve”, not slick and clean but having that authentic vibe.
Influenced by the classic dub sounds of albums like “African Dub Chapter 3” and “King Tubby Meets the Rockers Uptown”, Oldwah's dubs take you on a journey and as a musician he focuses in on instruments sometimes blending them together to great effect. This is brand new music and yet it absolutely sounds like it was recorded and mixed in downtown Kingston circa 1978.
What Oldwah has given us is an anachronism, a classic seventies dub album recorded and mixed three and a half decades and four and a half thousand miles away from its spiritual home. An album that just grows on you and rewards every new listen revealing a little more each time, no gimmicks or crazy effects, just a producer with an understanding and appreciation for the tracks. If you think you know the “I-Surrection” album then think again, the Oldwah Deconstruction is a remix in the true sense. He may have used the same ingredients, but he's cooked up an entirely different dish. If you loved David Hill's main course you really need to sample Oldwah's dessert with its extra large vintage dub topping and entirely different flavours.
As a bonus, for this release we've included some fresh tracks from the band, extra tracks from the “I-Surrection” sessions also given the Oldwah treatment making ten different songs plus two additional mixes, a round dozen dub shots for Talisman fans old and new. Talisman's “I-Surrection (Oldwah Deconstruction)” will be released on CD and digital download by Sugar Shack Records on 14th July 2014. .
www.sugarshackrecords.co.uk