by Jashwha Moses with Full Force and Power 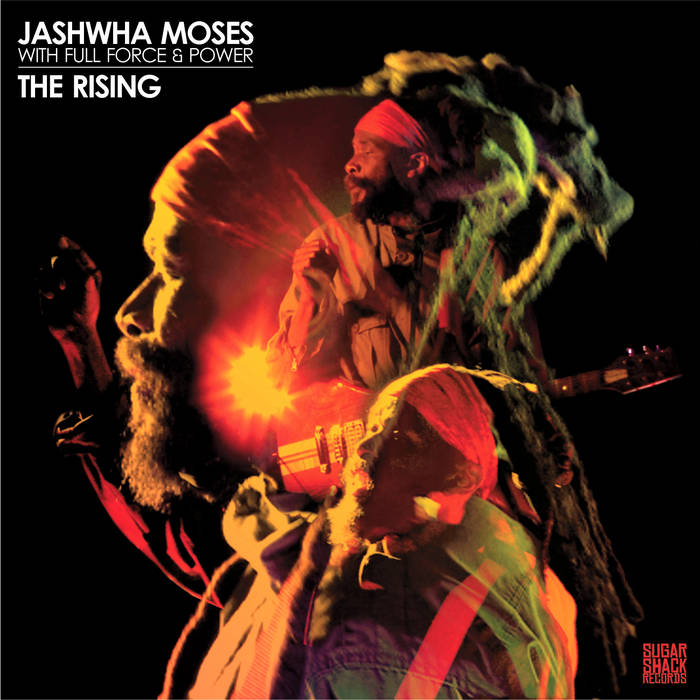 Having taken more than thirty five years to deliver his first original album, Jashwha Moses has taken heed of the overwhelmingly positive response from fans old and new and wasted little time in recording a brand new follow up to 2013's “No War on Earth”. The new album titled “The Rising” continues to spread the Jahggae message with backing from Full Force and Power and the production side of things once more being undertaken by long term collaborator MIKEY.

Building on the success of the previous album and having spent the last two years honing both his performance skills and his songs through a series of well received live shows, Jashwha's music has progressed and evolved yet, at the same time he delivers more of the same with a selection of roots music infused with his own blend of spirituality.

Particular treats include the songs “Crazy (Version)” and “Nothing to Lose” where Jashwha utilises his falsetto voice to great effect. “Crazy (Version)” in particular, is very reminiscent of Junior Murvin during his classic Black Ark period which in itself is some compliment to Jashwha's singing ability and Mikey's production values.

“The Rising” is released by Sugar Shack Records on 22nd June 2015 and is available as a vinyl LP containing nine songs and as a CD and digital download both of which round the number of songs up to an even dozen.

PRODUCED & ARRANGED BY MIKEY (THE JAHGGAE HOUSE OF SOUNDS)

ENGINEERED & MIXED BY THE JAHGGAE HOUSE OF SOUNDS

THANKS TO:
Chever Bailey, Omari Moses, B Hall, R Hall and F Rochford

CREDITS: THE FREE BIRD (A tribute to MIA ANGELOU)
Written by Mia Angelou (I know why the free bird sings)
Adapted for riddim by Jashwha Moses/MIKEY

THANKS TO:
Mia Angelou (RIP) for her magnificent contribution to humanity.
Omari, Chever Bailey, M Darby and crew, especially Sam Giles for some quite excellent art works.

THANKS TO: The 4th Generation of the Full Force and Power band,
Oisin RS, Marc, Leroy Forbes, Paul Ballard, Nina and Rachel for their great contributions to the Jashwha Moses live tours (2013/2014).

Mantra: “PEACE WITH LOVE”
Rise up not to war but rather rise to the opportunity of peace with love