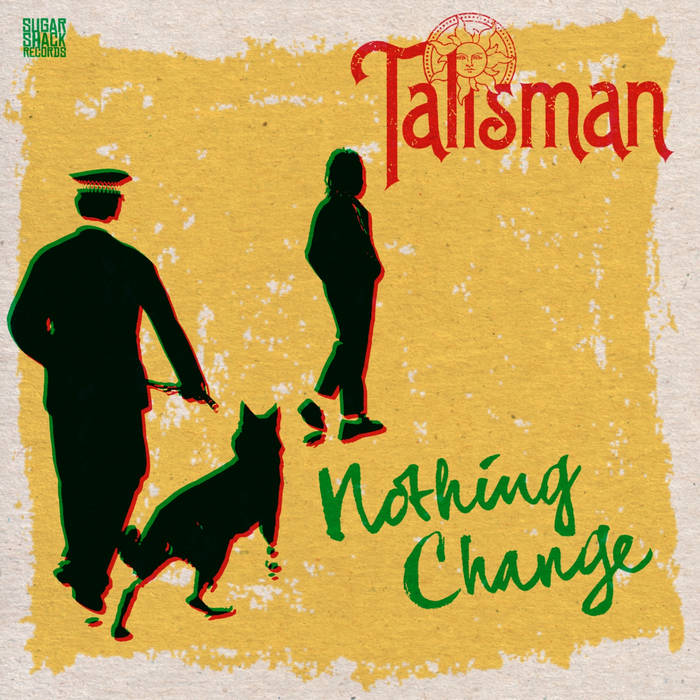 Thirty five years since their formation is quite a milestone and to celebrate their achievement Talisman, will spend the latter part of 2014 touring throughout the UK on their Dole Age Tour in the main as support to Neville Staple. Talisman have also found time to write and record new material and to coincide with the tour they will be releasing a limited edition 12” vinyl EP.

In many ways Britain in 1979 was a different world with strikes and a newly elected Thatcher government. You bought your music on vinyl records from Record shops, the internet was futuristic, downloading and streaming were beyond imagination and even CDs were years away. Whatever the differences, there are many similarities between 1979 and 2014 especially when it comes to making ends meet and social and political ills, the inspiration for this song, “Nothing Change”

The A side “Nothing Change” is the band's vocal take on the song demonstrating that even after thirty five years, a band can improve with age and with its classic reggae sound this is surely up there as one of their best compositions. The inclusion of horns is a nice touch as it harks back to Talisman line-ups of old adding both an extra layer to the sound and emphasising the classic nature of the song.

For the B side, the mixing duties are in the competent hands of Dave “Oldwah” Sandford, whose remix of the band's current “I-Surrection” album was recently released as the “Oldwah Deconstruction”. Oldwah starts off with the rather splendid “Conquering Lion Dub”. The vocals are entirely renounced in favour of the horn line although at one stage this is joined by the roar of a rather angry sounding lion, hence the title. This heavy dub version is reminiscent of classic dub sounds of the 1970s and is a real treat for all dub loving Talisman fans.

For his second version “Oldwah Rockers Dub,” Oldwah takes the track in a different dubwise direction following a more conventional path and incorporating Dehvan’s vocal parts. All in all this release has three great mixes, each of which stands on its own merits and should appeal to any reggae lover not just those who have already discovered Talisman.

Talisman's “Nothing Change” is released on 12” Vinyl EP and digital download by Sugar Shack Records on 29th September 2014. The vinyl is available from all good retailers and the download is available on all leading platforms. In addition to the standard black vinyl release in a plain black Disco sleeve, there will also be just 100 copies pressed on yellow vinyl and housed in a specially designed screen printed jacket. This strictly limited version will be exclusively available at the band's forthcoming shows or directly from the Bristol Archive Records web store while stocks last.